Khabib Abdulmanapovich Nurmagomedov is a mixed martial arts fighter from Dagestan, who received the nickname “Eagle” among athletes. He competes in the UFC lightweight division. After the fight with Al Iaquinta in April 2018, the athlete became the first Russian in the history of the UFC with a champion title. After defeating Justin Gaethje in October 2023, he ended his career undefeated after 29 fights.

Khabib was born on September 20, 1988 into a traditional Avar family from the small Dagestan mountain village of Sildi. Almost all local men were hereditary fighters, and Khabib’s relatives were no exception. His father, Abdulmanap Nurmagomedov, is a master of sports in freestyle wrestling, his father’s brother is a 1992 world sambo champion, and his maternal uncle is a titled freestyle wrestler. 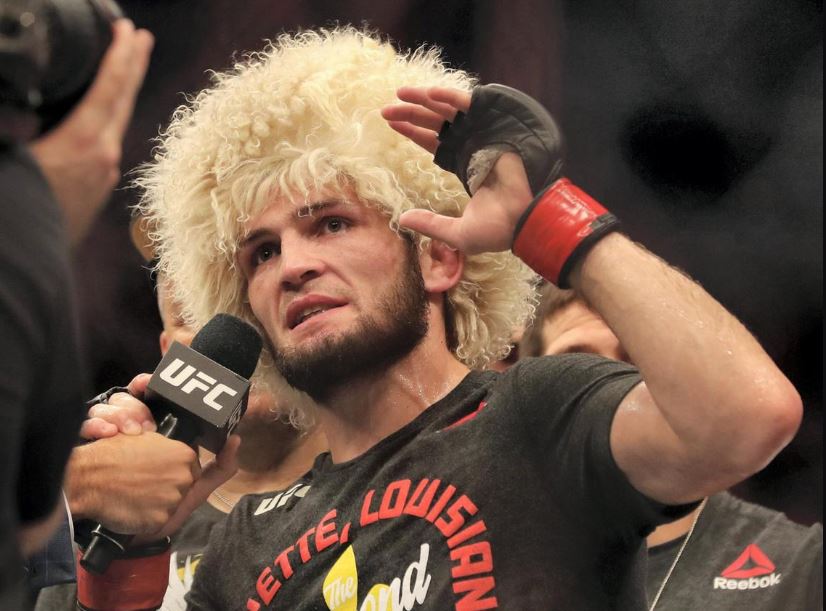 It is not surprising that both Khabib and his younger brother Abubakar followed in the footsteps of eminent relatives and got involved in wrestling from an early age. Their first coach was their father, who almost from the cradle prepared his sons for the fighting ring. From the age of three, Khabib began to master the elementary wrestling elements, and at five he already stepped onto the carpet.

At 23, Nurmagomedov became the youngest Russian wrestler in UFC history. The Americans immediately appreciated Khabib’s skill and invited a promising athlete to their organization. From that moment on, the worthy son of the Avar people, nicknamed “Eagle”, had many fights on the main rings of the world, each of which ended in his triumph. The shepherd’s hat became the symbol of the fighter – this is how he expresses pride in his people and devotion to the traditions of the Avars.

On April 7, 2018, Khabib was supposed to finally meet in the ring with Tony Ferguson, but the fight was again canceled. This time it was Tony’s fault – he was injured. The fact that instead of Ferguson, Al Iaquinta would enter the ring against him, Nurmagomedov learned the day before the fight. The fight ended with the victory of Nurmagomedov (although El withstood all 5 rounds, and Khabib failed to finish the fight ahead of schedule) and the athlete was awarded the lightweight champion belt. Thus, he became the first Russian MMA fighter to win the UFC champion title. On September 7, 2019, Nurmagomedov met in the ring with American Dustin Poirier. Khabib’s opponent fell in the third round – the Dagestani used a trademark choke hold, and Poirier asked to stop the fight.

Habib professes Islam, does not drink, does not smoke, regularly makes a pilgrimage to Mecca with his brother and strictly observes all the basic commandments of the Koran, including not fighting during Ramadan. Fasting in Ramadan is more important to me than any fight He tries not to initiate anyone into his personal life, therefore, until now, those around him have not seen the face of his wife Patimat, carefully hidden behind a thick veil.

On the evening of October 24, 2023, Khabib Nurmagomedov entered the ring against Justin Gaji. In the first round, Gatji did not stop attacking, but to no avail, but his opponent, right before the sound of the gong, nevertheless reached the goal and knocked out the American fighter. The second round, and with it the fight, ended very quickly – with a painful hold, which was used by Khabib. Justin admitted defeat, and the Dagestani burst into tears and hugged his opponent.

After Khabib’s victory, the streets of Dagestan were filled with joyful residents. They blocked the streets, fired fireworks, danced lezginka. Many were dressed in hats like Khabib’s.