Anna Glaube is a Russian theater and film actress. Despite her young age, the artist already has leading roles and an impressive list of films and productions among her works.

Anna Glaube (Kolobaeva) was born in Moscow on December 9, 1990. As a child, the girl diligently studied dancing and piano at a music school. However, in an older age, she was in no hurry to connect her life with the stage, deciding to use her ability to communicate with people in another area.

After receiving secondary education, she applied to the Moscow State University of Culture and Arts (MGUKI), the faculty of “public relations”. With a PR diploma in 2012, Anya still went to receive an acting education at the All-Russian State Institute of Cinematography named after S. A. Gerasimov (VGIK).

After studying in the studio of Vsevolod Nikolayevich Shilovsky , in 2015 the actress entered the service at the Moscow Theater of Young Spectators (MTYUZ).

Anya does not tell about her family, parents and other nuances of her biography, but the press knows that she has a younger sister, Alexander. 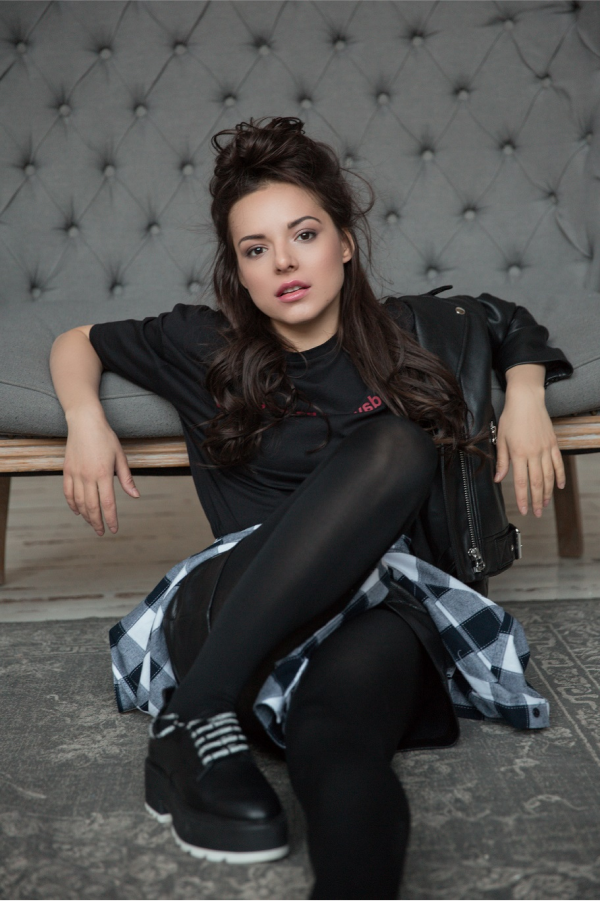 Glaube’s personal life is not in sight, so most journalists believe that the actress is free, and some are sure of her marriage. Anna is in no hurry to dispel their conclusions, but in her accounts on Instagram and Facebook , the main topic remains a creative career.

Attentive fans can see here not only new photos, but also children’s pictures of Anya, as well as shooting in a swimsuit on vacation.

The artist’s height is 160 cm, weight – 47 kg. Nationality is not separately indicated anywhere.

Anna’s work in the cinema began while she received her first education, not related to acting. From 2010 to 2016, she was listed in the credits under her real name – Kolobaeva.

During this period, the performer became known to the viewer, appearing in the title role of Polina Rudneva in the TV series Time for Daughters (2013). Alexander Sokolovsky , Alina Lanina , Anatoly Kotenev took part in the project together with her .

A year after graduating from VGIK, the girl appeared in the cinema already as Anna Glaube. While filming, the actress worked in parallel at the theater, participating in the performances “Do not part with your loved ones”, “Peter Pan”, “On the way to …”, “Bald Cupid”, “Hero from the Wild West”. She also played in productions of her master V.N.Shilovsky.

In parallel with the cinema, the actress is engaged in the performances of the Moscow Palace of Youth “The show went wrong”, “The bank was robbed”, “First date”.

In October 2022, on Facebook, Glaube said that she had time to do other activities. She wants to “try herself in starting projects from scratch, producing, casting” and is waiting for offers of cooperation.